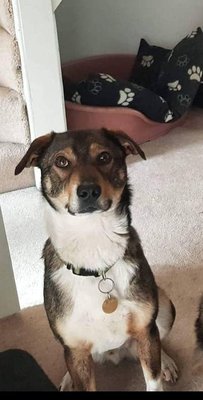 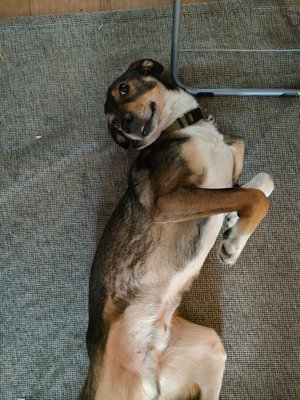 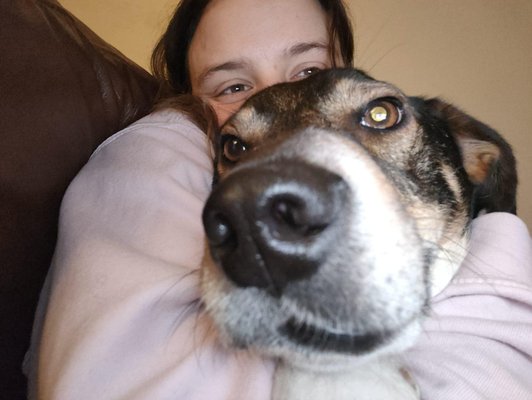 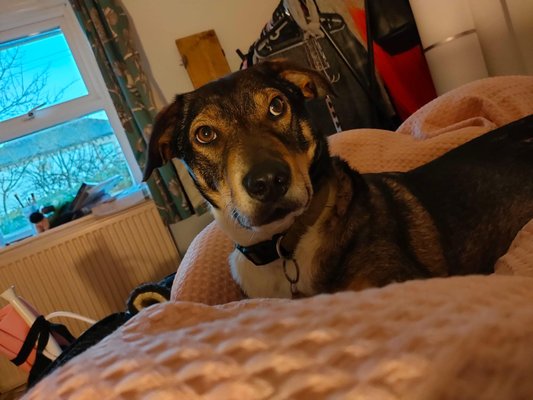 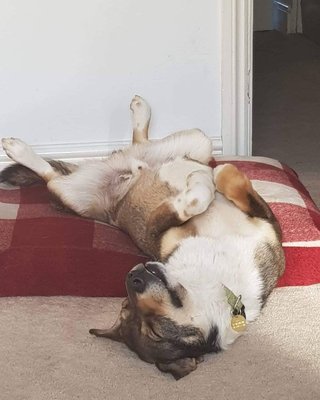 Reggie (formerly known as Crunchie!) has been in the UK for almost a year now, but sadly due to a relationship breakdown he needs a new home which will be just right for him.

Reggie is a 5 year old, medium-sized male dog, at around 15 - 18kg. His current adopter tells us he is a healthy chap who loves his agility classes: she says he is fast, nimble and very clever and it would be lovely for him to continue with this training. He walks well on lead without pulling, and his recall is good.

He currently lives happily with a female dog and ideally would be rehomed similarly, although if a meeting goes well with a male dog already in the household this would be considered. He is playful, but can also be a sensitive soul who enjoys a quiet cuddle on the sofa. As is quite common with these dogs, he can be a little defensive in the home and would benefit from someone who is prepared to put time in to help him get used to visitors to the home. Outside the hom he is generally very good with people.

Reggie has not been cat-tested, but his current adopter believes he could live with confident children over the age of 11.

About Reggie (was Crunchie)

I get on well with other dogs.