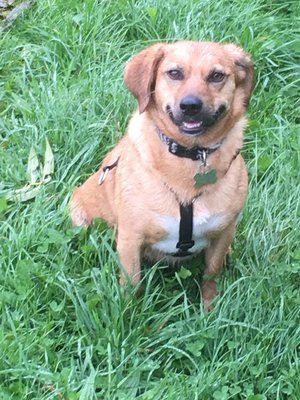 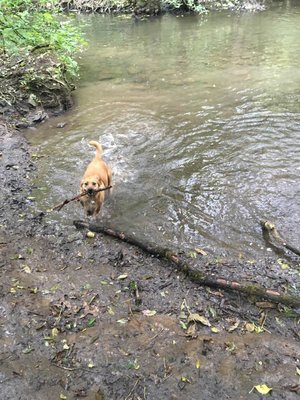 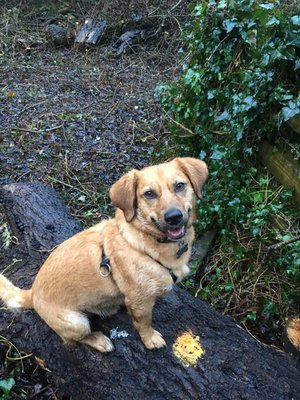 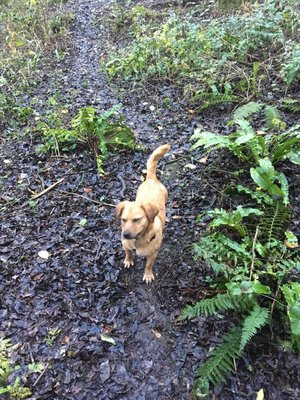 Danny's settled in well, he was adopted in September 2018.

He bonded to me quickly. He was wary of people initially, but we met lots of dog walkers locally who made a fuss of him and gave him treats and he is now much more confident around people. He has become calmer and has stopped marking in our house and other people's houses.

He is wary around other dogs particularly intact males. I have been working on gentle introductions and praising him when he greets well and ignoring his reactions when they occur (and walking away until he becomes calmer). He is able to play off lead with dogs when he reacts well.

We have started dog training classes (just had our 3rd class so are now half way through the course) - Danny is a star and loves being worked (and eating lots of treats!). We practice recall training daily (he is still wary of other dogs so I practice recall in quiet fields with no distractions). We also practice focus and he can do this even around other dogs when treats are involved! At dog training we practice sit, down and stand. Today we worked on 'gentle' and being given treats when he stops pawing or asking which he picked up very quickly - great for when he is around my sister's young children. We practiced recall with distractions today which Danny passed with flying colours. We also worked on lead walking and gently encouraging him to walk by our side on lead.

We are going to our first dog show tomorrow!

Danny really is a lovely dog and we are looking forward to taking him glamping in North Wales in May - our first holiday with him :)

He has been good with my sister's puppy, a springer spaniel and they are beginning to play together.

I can't say Danny gets on well with our cat - he's very wary of him and our cat often swipes him unexpectedly. They do tolerate one another though and we have no other expectations from them. Smudge rules the roost and Danny knows it!

We take Danny to coffee shops, and pubs - I've also taken him to work with me and trips out and he is so good (plus he enjoys being given treats!).