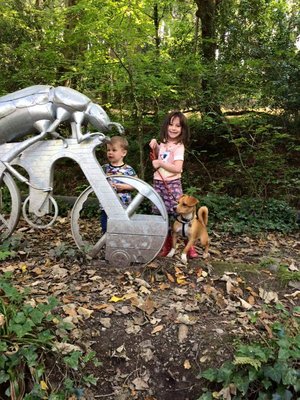 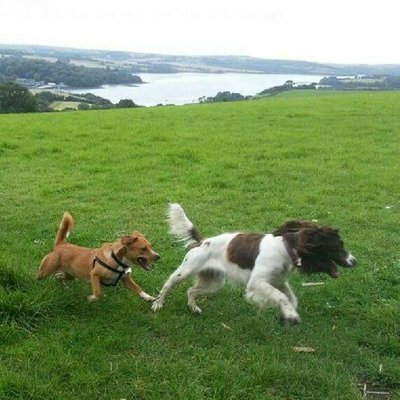 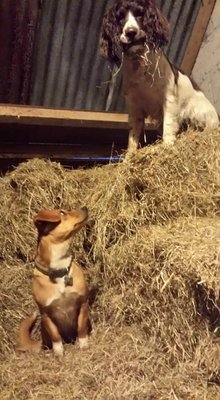 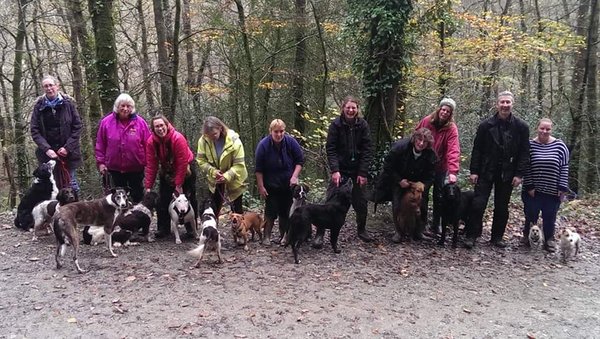 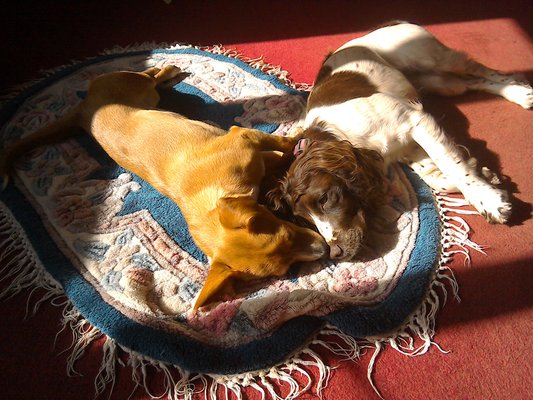 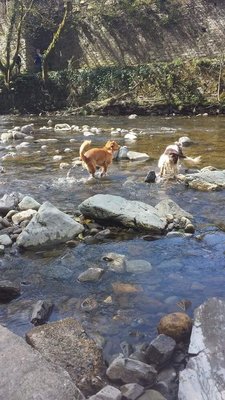 Ginny adores children, cats, water, hay barns and running free. She now has loads of doggie friends - she often gets together in a group of 20+ dogs for beach, moor and woodland walks.

When Ginny first arrived she was very frightened of men in baseball caps and overalls but this has improved a great deal when meeting strangers - no more growling and backing away, which is great progress.  She also meets strange dogs now with her tail up and not her hackles!  She does however still cringe if someone moves too fast or shouts -  that may just be a legacy she will always carry with her.

In her new home Ginny was petrified of the electric fences and the horses at first but has learned to cope with both and is now happy running around the yard and fields with her friend Lady.

Ginny is a gentle soul. She's not interested in obedience classes (does sit, down and stand then wanders off to do her own thing!). She has no interest in agility (will only do small jumps, short tunnels etc if a reward is waiting at the other end) and she doesn't want to play ball, she waits until Lady has run after the ball then chases Lady's ears on the way back!

As with so many of the Rom Rescues EVERYONE who meets her LOVES HER, a true reflection that with time and the right home these dogs become wonderful companions.