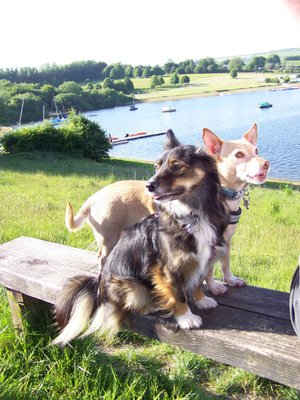 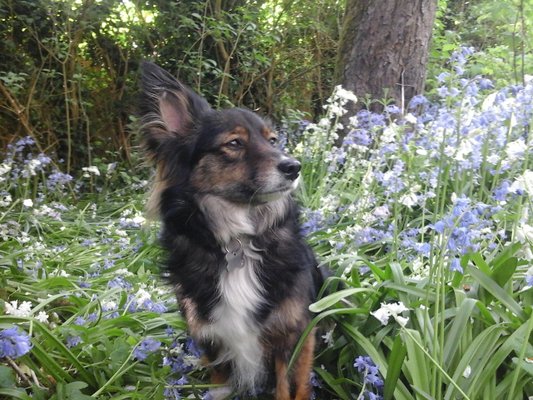 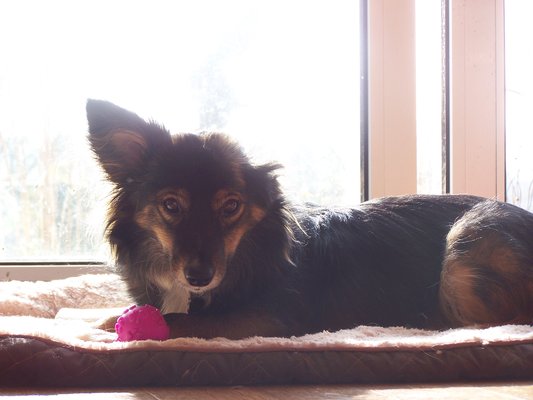 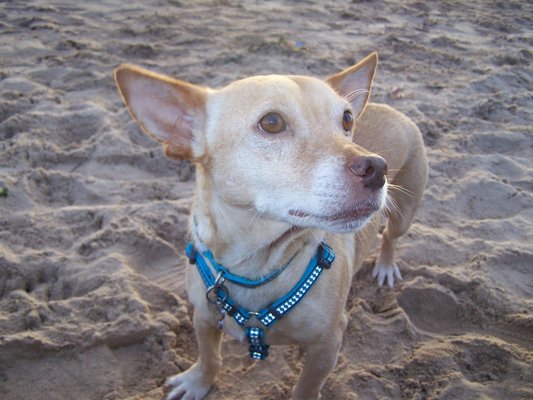 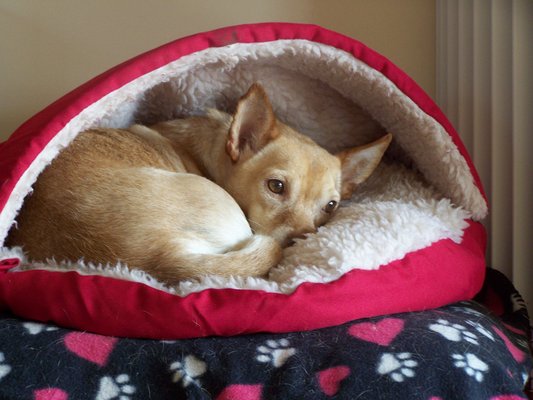 Millie had a pretty tough first 2½ years of her life. She arrived at the shelter in Petrosani during winter 2014/2015 with a little friend, Polly.  Both caught distemper: Millie pulled through, but sadly Polly didn't survive.  Millie grieved for her and so was put into a private foster home in Romania to recover.  Unfortunately whilst out being walked in a park one day she was attacked by another dog which tore off most of her left ear and left her with a scar right down to the corner of her eye.  Happily, her luck seems to have improved since arriving in the UK, and she now has a new best friend in Andrew (although she bullies him unmercifully!) - and we still think she's the most beautiful dog in the world!

We don't know as much about Andrew's history.  He had apparently been in the shelter for around 5 years before being spotted by SOS Romanian Rescues SW.  He was believed to be around 8 years old when the first picture of him in his crate appeared on their facebook page, and I just knew he would be perfect to help calm Millie down (she was very anxious when we first got her)!  It took a little while to convince Darren that we should have a second dog, but Andrew is a lovely old chap who loves a cuddle and can still do a good scamper when the mood takes him!  He and Millie are like a little old married couple ... but it's pretty obvious who wears the trousers!