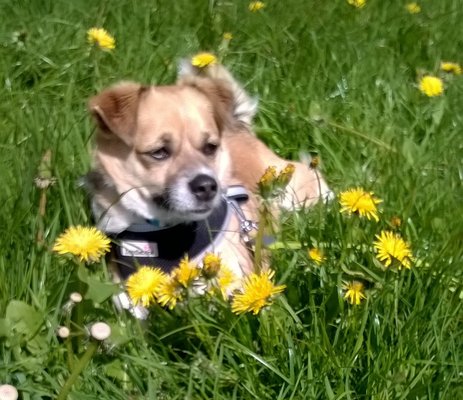 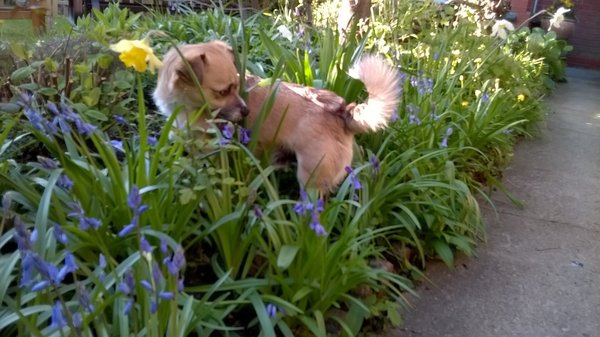 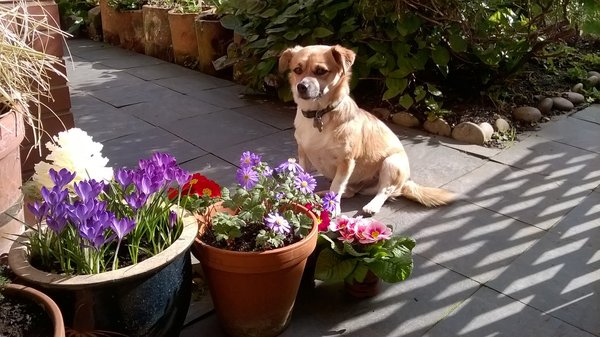 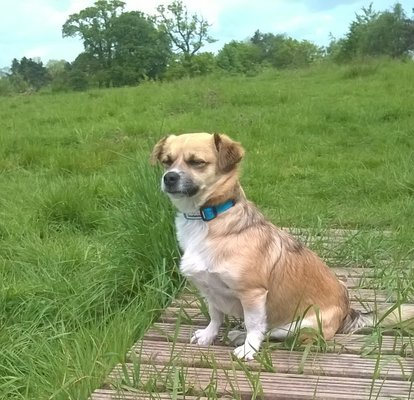 Scrumptious Snoopy was adopted in January 2016.  He had been rescued from the streets of Romania by the very special lady , Mihaela Soare, who rescues so many dogs in Romania.

Snoopy's adopter was told from by Mihaela that when she rescued Snoopy, he had been badly bitten by other dogs when he joined a pack where a bitch was on heat.

Snoopy was fostered by Caroline at SOS Romanian Rescues SW,  and she brought Snoopy to visit his new mum all the way from Somerset to Devon.

It was love at first sight although the first few weeks were tricky! Snoopy had awful fear aggressive behaviour with other dogs ....no wonders after all he encountered on Romanian Streets.  His adopter was very distressed with his behaviour towards other dogs, and began to worry that this would not work out.

However, loving him so much , despite him chewing up the internet cable and pulling up all the house plants, (destruction etc!) they found a wonderful trainer, Trevor Norman from Wild Dogz.  Only 6 sessions for an hour at a time, helped Snoopy, and his new family so much.

Scrumptious Snoopy now has so many doggie friends although he still has a few that he is reactive to.

He loves his routine & truly amazing, he is so therapeutic for his owner's mum who is registered blind and they also visit residents in a local care home with him and everyone loves him!

Snoopy's family love him to bits as he does them!