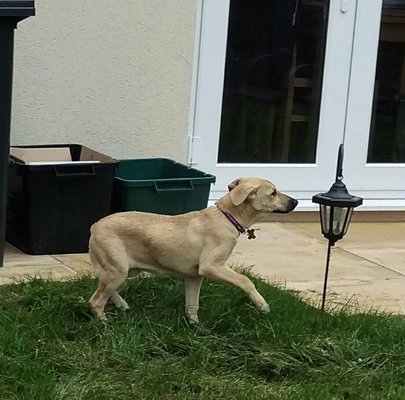 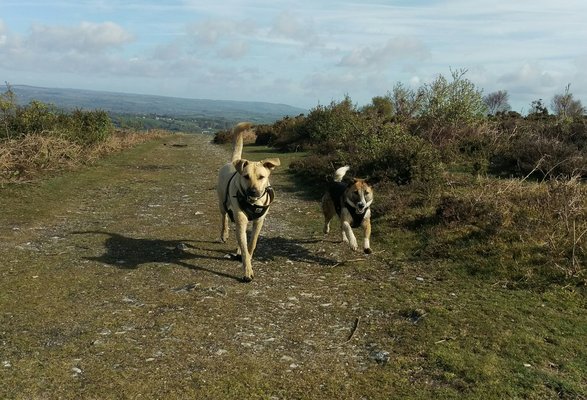 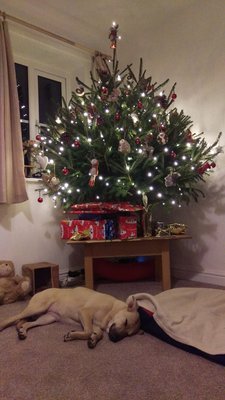 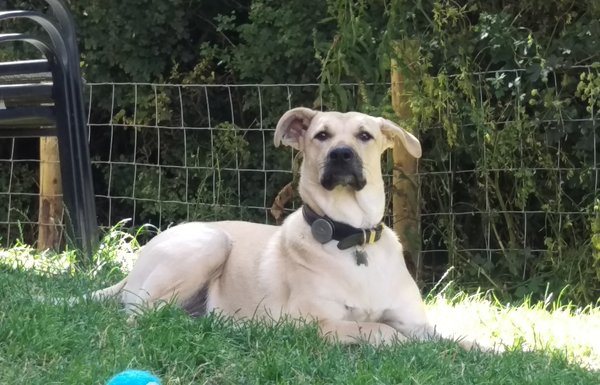 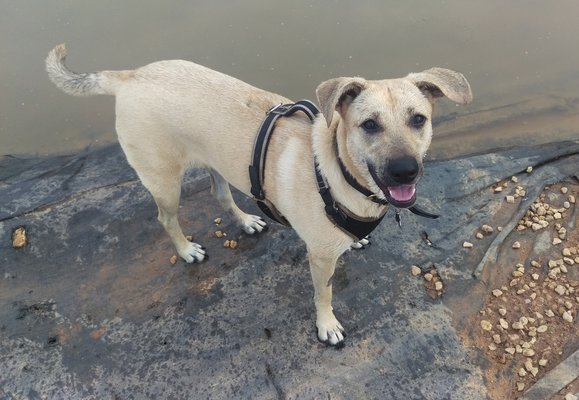 Waffles was born on the streets of Romania before being taken to a shelter where she was rescued by Mihaela Soare and taken in to foster.  Waffles came to the UK with her sister Molly and went to her forever home in Somerset on 17 October 2015.  She was a skinny, happy little puppy who had to be cuddled on the journey home as she was too scared to go in her crate after her long journey.

Waffles settled in very quickly, taking over the sofa, chair and bed as her spots within the first couple of days!  There were some problems in the first months with her having to learn bite inhibition with humans and she is very vocal - being nicknamed the grumblehound if she doesn't like something or is tired.

Waffs has grown bigger than expected at 23kg and is a beautiful girl, we think a mix of Labrador, German Shepherd and maybe lurcher.  She is constantly stopped by strangers to say how beautiful she is and loves the attention.  She loves people and people love her!

In March her sister came to live with us after her first home didn't work out and now they are partners in crime!  They love playing in the woods, walking on the heaths and moors and play fighting best of all.

We are working on training with Waffles and Molly as they are very dependent on each other and tend not to listen on walks, recall is patchy at best!  However they are worth the effort!

Waffles is great with children if a tad exuberant.  She spends her days when we are working at my parents and my nephew George is a regular visitor.  He loves Waffles and says she is his "favourite person in the world".   In May my youngest sister welcomed her daughter Poppy to the world and for Waffles it was love at first sight.  She was very attentive to my sister during her pregnancy and she absolutely adores Poppy, she gets upset if she can't see her and loves to lick her feet and be near her.  We think they will be great friends.

We wouldn't change Waffles for the world.  There have been tears and frustration, bruises and scratches but the laughter and good times outweigh this by far.  It is one of the best feelings in the world knowing we have given her a safe and happy home where she gets fed properly, is warm and loved and doesn't have to worry about being caught and beaten or killed.